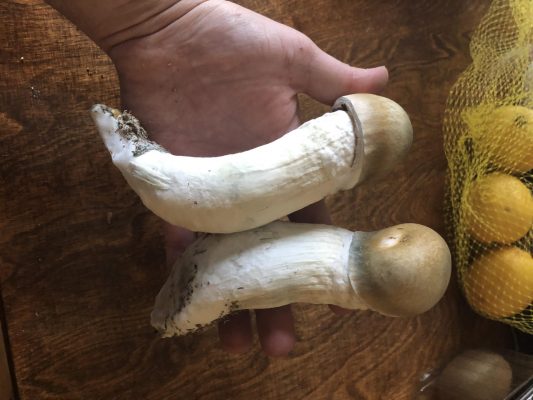 Terence Mckenna, an ethnobotanist who advocated responsible use of naturally occurring psychedelic plants discovered Penis envy that originated from large and healthy mushrooms found in Amazon rainforests. McKenna took several spore prints culture back to his state and started cultivating mushrooms from those prints. He also sent a specimen of the spores to ethno-mycologist Steven Pollock, who modified the spores’ sample into the phallic form and produced a perfect penis-shaped mushroom.

Penis envy mushrooms when fresh looks like a large penis. This mushroom has a bulbous cap and a large, thick and dense stem that is white in colour. Penis envy mushrooms lack a velum, and the blue bruising indicates the high Psilocin content. It is one of the densest variety of magic mushrooms.

What makes penis envy rare and desirable is its high potency and difficulty in cultivation. The popularity of this strain can be attributed to the intense feeling of euphoria, vivid visuals and profound introspective, mystical and spiritual experiences. 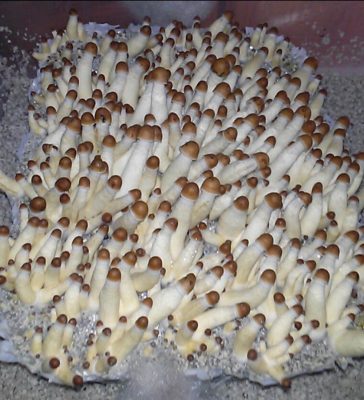 What are the Genetics of albino  Penis Envy Mushrooms?

Penis Envy mushrooms is a strain of Psilocybe Cubensis that, in theory, was first isolated by entheomycologist Terence McKenna and was further isolated over the years to create a genetically higher potent variety. Penis Envy mushrooms are said to be the result of recessive genetic mutations.

Answering The Question: WHAT IS AYAHUASCA ?